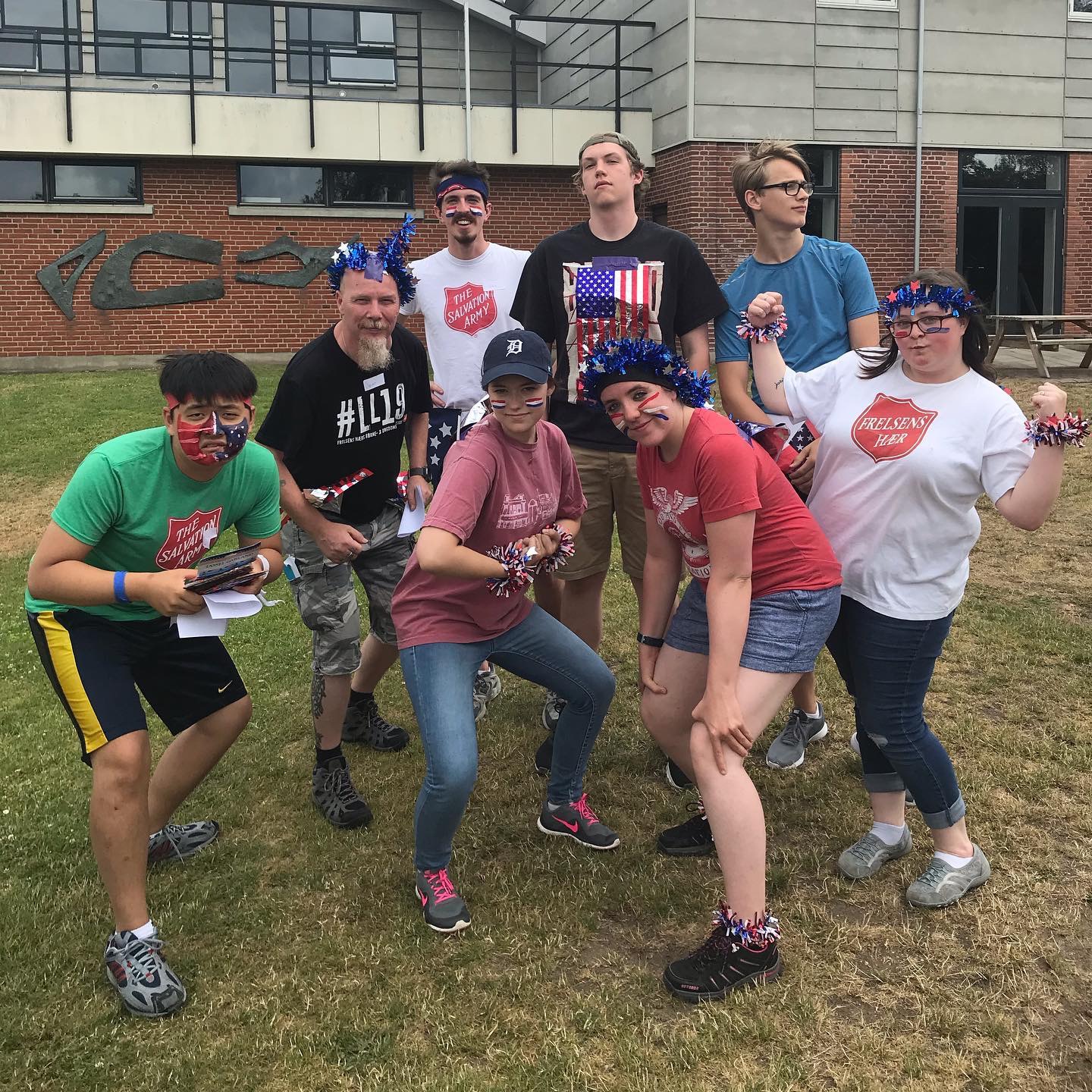 It is our 4th week here in Denmark, and there are a few words I can think of to sum up our week: fellowship, entertaining and God glorifying! This past week we have been participating in and helping out at the national children’s camp called Lanslejr. This camp has been around for many many years. It has been so much fun to attend and get to know some of the youth from around the country of Denmark. We arrived here at the camp on Sunday. Monday was the first day of camp. Each day of the camp (Monday through Friday) we had a routine that happened every day. We started off with breakfast then went into a morning worship session. During this we learned the camp songs we would later perform on Saturday. We then each would go to an elective. Chaslyn and I went to dance, Sean and Jake went to arts and crafts, Lyndsey went to sports in the gym, and Sam went to handbells. Each elective we would learn about something and some of the electives would perform on the following Saturday such as dance and handbells. After our elective we would go to lunch. After lunch we had free time. During free time, some members of our team were assigned to an area to watch over and help if needed such as sports in the gym and jumping/ playing in a big trampoline room with a large foam pit in the middle. The team and I had just as much fun here as the kids! On Monday we were in charge of an opening race. We dressed up in gaudy American clothing and accessories, then ran and hid from the kids at the camp searching for us. This was such a fun way for us to get to know the kids and for them to get to know us. It was so fun! After free time we each had an assigned area to be from about 4-5pm. Chaslyn, Lyndsey and I taught a class about sharing the Gospel, Jake and Sean would go to adventure, and Sam went to bootcamp, a CrossFit-type elective. After that we would all attended a leaders meeting where they allowed us to open up about any highs or lows from the day. Dinner would follow. After dinner we would have a little free time and then the evening meeting at 7:30. Each night a new group of people were in charge of the entertainment. One night involved a leader playing Celine Dion music on a recorder. We were in charge of Thursday night’s entertainment. We prepared camp songs, games, and ended with an open panel where the kids could ask us any questions. After the program, most days we would be done for the night, but some of the nights were able to attend worship nights. These nights allowed us time to center on Christ through worship. God was honored each of these nights because many of the kids started mosh pits and allowed the spirit to lead!! On Friday night we ended the night with a disco. There was a slushie machine, popcorn, and dancing! It was a great way to end our time at camp. Saturday was the last day. We started off the day with breakfast all together, then went into our last morning worship meeting. Then we had time to pack and clean the camp. We then had lunch from the Sausage Wagon, a food truck, which was amazing! We had a final meeting after we ate. Most of the electives performed. Chaslyn and I performed the dance and Sam performed a handbell piece. It has been great to form relationships with the youth here in Denmark. We have all enjoyed being able to intentionally form relationships with everyone we have met since arriving here in Denmark. Though this week has kept us all busy, it had been a blessing to be a part of this amazing camp, and get to know the youth from the territory. Next week we will be attending another camp. It is for the families that received help during the Christmas season. We pray that these families will grow closer to God and be able to feel his power and presence in their lives! We also ask for continued prayers for the youth that attend the Salvation Army in all of Denmark. We hope that they will grow in there faith and that they will hopefully become future leaders in their corps! 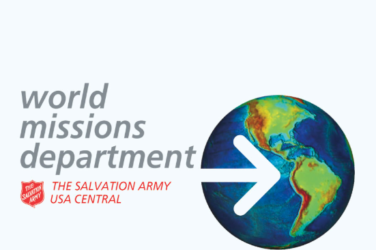 On behalf of Lt. Colonel Paul Smith, Territorial Program Secretary, we are pleased to post the 2015 Summer Mission Team. ... 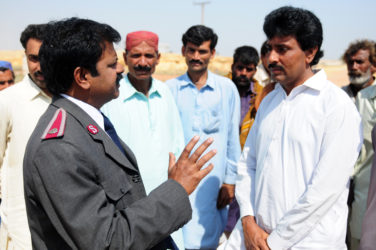 5 Ways You Can Get Involved in Missions Today

Getting involved in missions doesn’t necessarily mean getting on an airplane and crossing the ocean. Here are five ways that ... 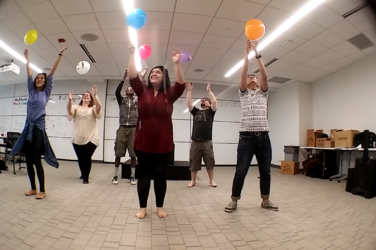 The Creative Arts Service Team, or CAST, hit the ground running the moment we returned to THQ from Commissioning weekend. ...