Szia (hello),
Another busy week for team Hungary. This week we were in Gyöngyös. We started our week at The Salvation Army

day care they have there. We met the kids and the spacing of the area isn’t big enough for the older children so the team took them to a nearby park to play some group games and then in the afternoon returned for dinner and indoor games. The weather for us this week was in the 100 so we had to adapt to the hotter weather and keep the kids indoors during the hottest time of the day. One of the three days we were at this Salvation Army we took all the children on an adventure to one of the tallest mountains in Gyöngyös, Mátra Mountain. We walked to the train on the Mátra Railway that took us to the location where we could hike to the top of the mountain. It was an hour hike up and once we reached the top we ate lunch and fed some of the ducks in the pond then hiked the hour back down. This was a treat to these kids because they come from big families that cannot afford to take trips like this. One of the lunch times there was a table of kids that were joking with a team member about who they were in love with. The team member replied that I am in love with God, to this the kids were surprised and asked more about this love and the team member told them how God loved them back and that God also loved each and every one at the camp. The kids were in awe of this and were happy to know God loved them. We spent such a short time at this camp but God provided many blessings there.
The last two days of the week were spent at a Roma kids’ camp. The Salvation Army in Gyöngyös has been partners with the Maltese (Catholic Church) in the Roma community within Gyöngyös for about a year. Our team was the first to help Cadet Gábor with the very first kids’ camp there. It was crazy busy with the children there coming and going throughout the day and many of the other Roma people would stop by to either see us or help with the kids.

The community there is a bit tough but they were polite to us while we were there. The kids loved getting to know us and vice versa. We spent our time playing with the kids and teaching them Bible lessons and doing crafts which they love. It was a very short time with the Roma kids but like always God was in the middle of it all. The women that run the program at the Maltese really enjoyed how we treated the kids like we would any other kid. Two of the team members even washed the feet of around thirty children during the Bible lesson on our last day there telling them that Jesus loves them. On Sunday we returned to The Salvation Army corps for Sunday service in unity with the Gyöngyös people. Again our team was blessed through the people we have met in Hungary.
Szia (bye),
Team Hungary

The Philippines: A Message from Salvation Army General Andre Cox 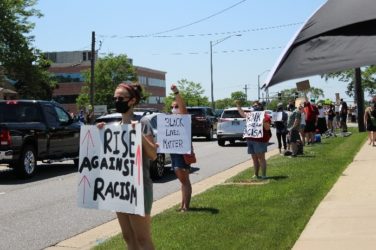 “Unprecedented times” – It’s a phrase none of us have heard or used as ...