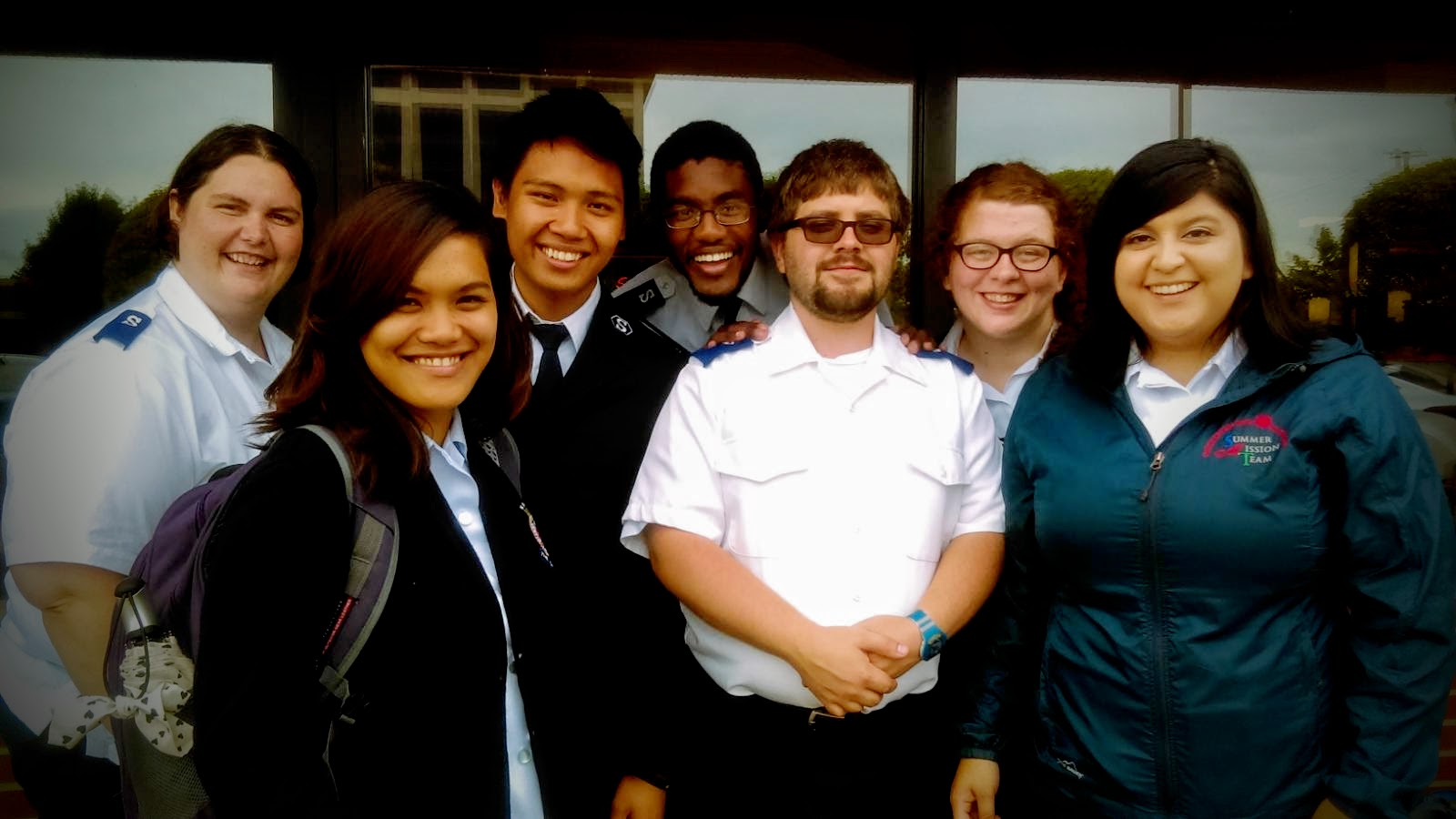 Hello! The Creative Arts Service Team is hailing from Warren, Michigan this week. CAST had quite a fun week, and our hosts Captains Andrew and Melissa Shiels, were very welcoming. There were many things that CAST had to do and we couldn’t wait to get started. During the week we were able to have fellowship with our hosts- Captain Shiels and his family. We were able to share dinner meals with them and get to know them. We also spent time with Accepted Candidate- Amanda Passmore. We were shown around the city of Detroit, first time for most of us, and were able to see many different parts of the city in a fun way.

The Warren, MI corps has a summer day camp with at least 75 children in the program. CAST was able to help out where needed, such as for classes, meal times or field trips. One day the team went to the beach with the day camp and it was very fun. We were able to play with them as well as get to know them. We even sang some fun songs with them. A few times, we lead their morning devotional time. The first day we performed our show, “Jesus Theatre: Balloons” for the kids. Because of the show, we were able to discuss and share with the children about God’s love for them. For the other devotional times, we were able to spread the word of God through creative ways like dance, drama, and music.

During the week there was a senior luncheon and we helped out with the event. Over 100 seniors came to the corps and we served them lunch and got to exchange stories with them. We were also part of their entertainment programs and preformed our “The Kingdom of God is…” show. It was so nice to be able to talk to them and hear their stories. And the fact they were able to connect with what we were saying in the show was just amazing.

This week, CAST was asked to perform a few more times than what we are normally used to, but we enjoyed the challenge. We performed “The Kingdom of God is…” a total of three times, for the seniors, the day campers and for the congregation. Also, we preformed “Jesus Theatre: Balloons” twice, as I mentioned for the day campers as well for the women’s ministry night. Our team leader, Sandy also had several of us share our testimony and devotionals during the programs. Jacob and Keziah shared their testimonies and Ed and Sandy led devotions during the programs. Mikal and I led morning devotions with the day campers.

On Sunday, we were able to help out where we were needed for the Sunday meeting. Sandy and Mikal taught the 3rd-5th graders Sunday school class. Keziah, Ed, and I were able to join the praise team. Jacob played his cornet for offertory. Mikal did scripture reading and Sandy lead a congregational song. We also got to do special music during the meeting and shared “The Love of God.” Keziah and I taught Jr. church for the 4-5 year olds. CAST was so blessed to be a part of the Warren Corps’ Sunday service.

Our prayer request this is week is for the Warren Corps’ day camp, A/C Amanda Passmore, and the Shiels family.

Team Japan has been having a wonderful time during our first week here! Upon arrival, we met with Major Brenda ...

Hola, Buen Día! CAST has been busy once again. This week, we were in Buenos Aires, Argentina (Good Air, Land ...

Our fifth and final full week was filled with more fun at three new schools and adventures at the Queen ...