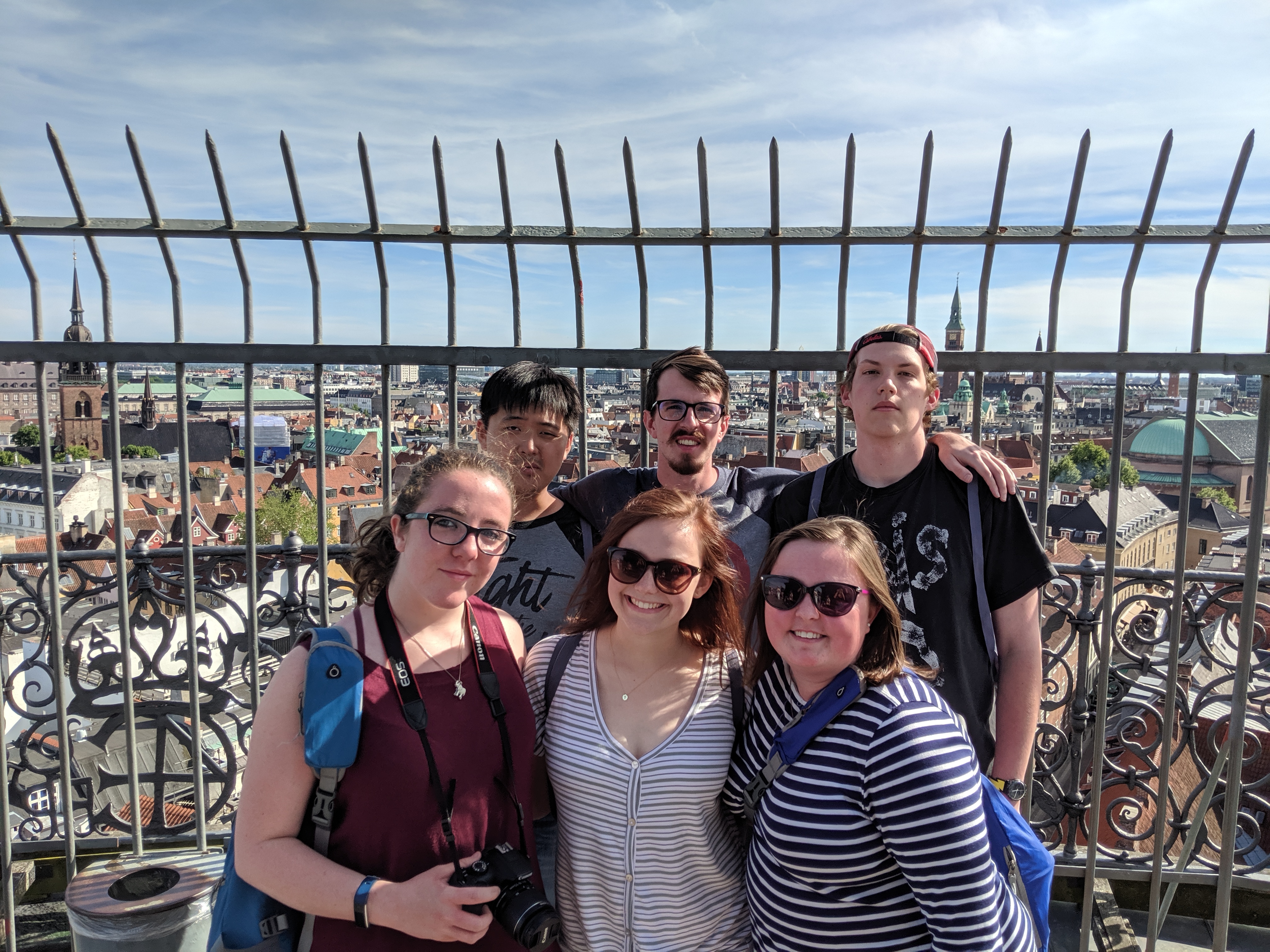 It’s hard to believe that it’s already our third week here in Denmark! Though living in a new place can be a bit overwhelming we all feel so loved and welcomed by everyone we have met, and worked alongside! We started off our week in Valby by attending and participating in the Sunday worship service held at the Valby corps. Lyndsey and I (Lauren) gave our testimonies. Jake, Sean and Sam played in the Valby band, and Chaslyn preached an uplifting and eye opening sermon about not being anxious about anything! After the service we accompanied some of the young adults from the Valby corps to a theme park called Bakken. We had a blast getting to spend time with the young people at the corps while riding fun and sometimes nerve-racking rides. Monday was spent sight-seeing in and around Copenhagen. The young people of the corps took us around and gave us a great tour of the city, and yes we saw the famous Little Mermaid statue!!! Tuesday we did practical tasks with the corps officer. We ironed shirts for the children’s gospel choir, we cleaned around the church and shredded some papers. In the afternoon we helped at an open house lunch for the people of the community of Valby. The purpose of the open house is to provide a safe and welcoming environment for the community around the corps to gather people who may not always feel as though they are welcome. During the prayer meeting we all sang I Love You Lord. Later, we were also able to join the Songsters of the corps. Wednesday we started off in a prayer meeting with some of the older corps members. Even though we do not speak fluent Danish, during the prayer meeting while the corps people were praying we were all able to feel the movement of the Holy Spirit. In the afternoon we attended another open house. This time the boys of the team played two songs with their instruments. Wednesday afternoon we were able to visit Territorial Headquarters here in Copenhagen. We met the territorial commander and had a good conversation about our experience so far and the things to come. We also discussed more about what our assignments will be during the upcoming camps. Thursday we participated in another open house. Chaslyn, Lyndsey and I sang and Sam gave a devotion about trusting and rejoicing in God through the good and the bad. Friday we spent the day painting and cleaning up the youth room! Saturday was our day off and we as a team decided to spend the day together in Sweden. It was great to visit another country and spend some free time together as a team! Overall this week has been filled with joy, laughter and fellowship. We have all enjoyed getting to know and spend time with the youth and the other members that attend the corps.

The next two weeks will be spent at a children’s and family camp. Though we have to say farewell to Valby, we are all excited to see where the Lord will lead us next. We ask for prayers for the people of the Valby community who do not feel as though they are welcome. We ask that this corps would become a refuge to lead these men and women to Christ and that they would be able to find community here with fellow believers. We also ask that you would keep the young people of this corps in your prayers: that they will continue to love the Lord and hopefully grow into future leaders in this church!

Bom Día Alegría! This third week we had the opportunity to help and observe ...