When we first arrived in Portugal, we were greeted by Lt. Colonels Davissons and some delegates from the Lisbon Corps. Though we were only able to have a brief moment of greeting with Lisbon before we left for the Colares Corps, it was clear that the people we will be meeting in Portugal are ecstatic that we are here. We met Majores Pedro and Rosa and their family when we got to the Colares Corps. It did not take long for us to feel at home and become a part of their family. Their 14-year old daughter, Raquel, has helped with translating along with Gonzalo, a Soldier at the Corps, and both have asked to join our team devotion time every night. We are so grateful for all the people God has placed in our path just in one week.

We were briefed by the Lt. Colonels Davissons the next day about the workings of the Spain/Portugal Territory. There are differences between our territories, and the Lord is at work. For the workers were few, but the potential for harvest is very plentiful.

This week we visited many different Salvation Army locations in the Colares area, which included the Senior Home (Marinel), Children’s Home (Novo Mundo) and the Colares Corps. We worked on some painting projects at all three locations. We participated in street evangelism in Cascais, a city outside of Colares where Majores Pedro and Rosa hope to open a new corps. Our goal for the day was to hand out 2,000 pamphlets. We also played a lot of soccer with the children this week, led youth programs, and attended band practice.

To the best of our ability, we tried communicating God’s love to these people we met. Obviously, the language barrier was an issue (as none of our team members knew too much of the Portuguese language). We are blessed with dedicated translators who act as if they are our ninth and tenth team members. They truly helped us become more accustomed to the language and more effective in reaching out to the various people we encountered this week. We are slowly becoming more and more accustomed to the language and Portuguese culture by the day. (One such team member dove head first into the foreign language, he later prepared and gave his testimony in Portuguese during Sunday service. There was affirmation and amens were heard from the Colares congregation during service).

We have been blessed in so many ways this week, and it was encouraging to see the spirit working through everyone. Sunday service in Corales we helped with the Sunday school and preformed a timbrel routine, dance, praise and worship, sang and played in the band. We enjoyed a barbecue after the service and, later in the day, an open air. We are excited to see what God has planned for us this summer and hope that you can pray that we keep mirroring and modeling our motivations to God’s will – his good, pleasing, and perfect will. 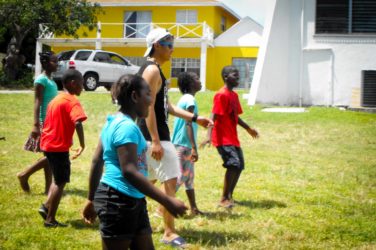 Greetings! The Creative Arts Service Team hopes you are all doing well. This week, ...