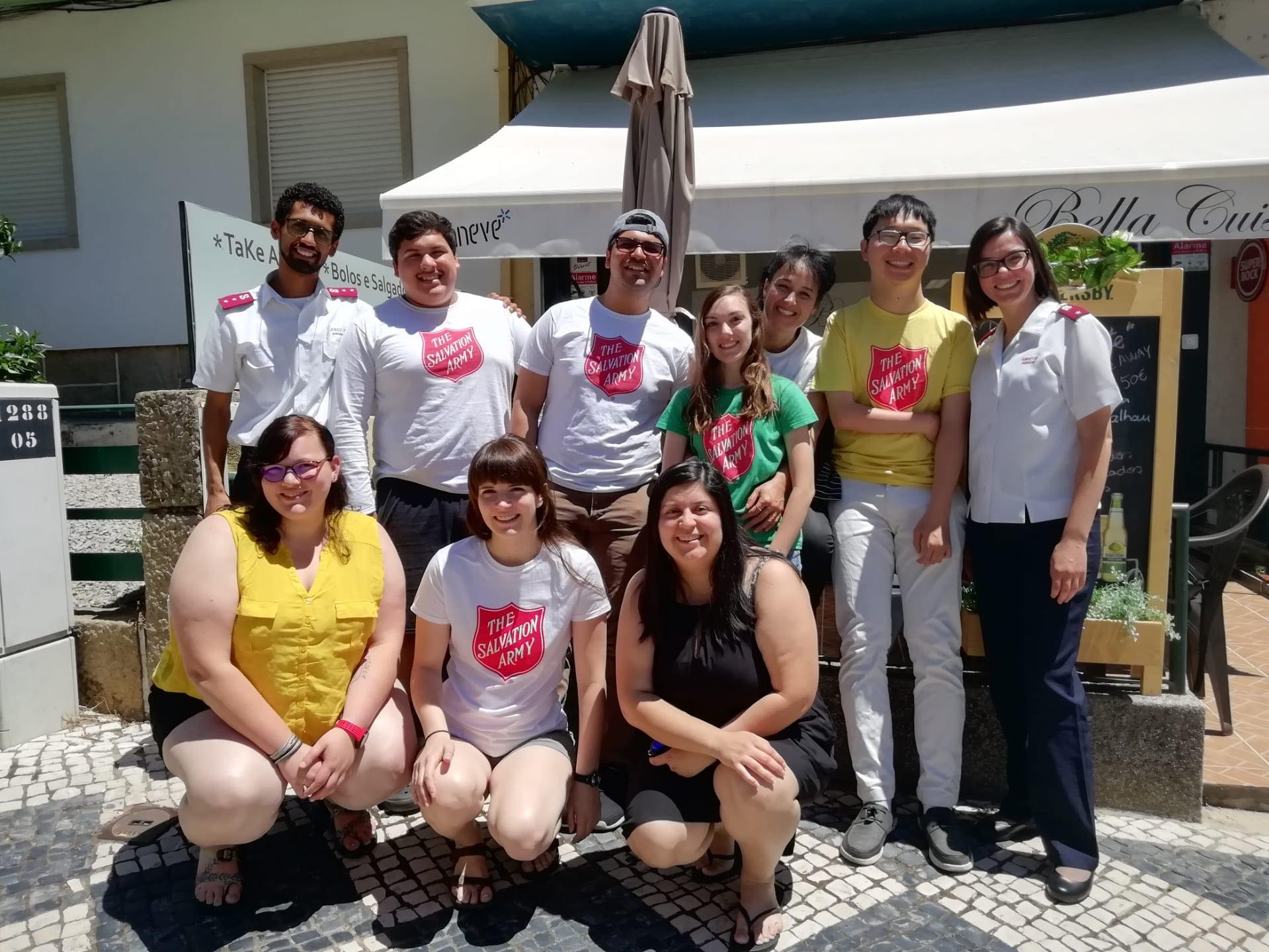 Bem Venidos! This week our team served at the Castelo Branco Corps and Community. The people of the corps were very welcoming to the team and treated us as family rather than guests.

We came into the week thinking we would be doing a Vacation Bible School for the children of the community, upon speaking with the officers and learning about the scheduling of schools, we realized we would be leading a VBS/day camp for their youth (ages 13-18). At first, we didn’t really know what to expect because none of us had ever really done a VBS for teens. We figured out a basic schedule and then it all clicked, during the afternoons, the teens would go on outings that included going to the bowling alley, the swimming pool, the cinema, the park, and an art museum.

The corps officers asked us to help their youth take the next step in their personal relationships with God. They wanted to create a safe and fun space for the youth to kick off summer vacation here in Castelo Branco. We were responsible for the evening program. We decided to teach them the SMT dance and rehearsed each night since it would be performed later on in the week. We played a series of icebreaker games and then Bible time would come in the form of one of the team members sharing his or her testimony. The first night, Jonathan shared. His testimony was very moving and we could see the moving of the Holy Spirit in a few of the teenagers’ lives. The youth shared prayer requests with everyone. The second night, David shared his testimony. Again the Spirit moved, not only in the teens but also with David. He later shared amongst the team that he had never thought about a certain part of his testimony in the way he did when he shared it. The final night, Lexie and Bailey shared their testimonies. After their testimonies were shared, the Spirit seemed to wash over every person in the room and we entered in to a time for prayer. Many people partook, both Portuguese and English prayers were spoken and it was a gorgeous time together. One teenager who had never been to the corps, other than for this week of VBS, sat with two of our team members and accepted Christ for the first time that night. What a celebration there was in Heaven!

The team also helped with the monthly food distribution at the corps. Families in need come and receive a bag full of food, the quantity depending on the household size.

On Saturday morning, we participated in an open air. David, Jessica, and Bailey played with the Castelo Branco Corps brass band. They did a few numbers and it seemed like quite a few people stopped by. The team also performed the timbrel routine and the whole group of teens who were at VBS did the SMT dance, which was a big hit. We were able to lend our timbrels to the members of the Timbrel Brigade so they could do a number as well and it was amazing. After the open air, our team shared a heartfelt and slightly teary-eyed goodbye with the officers of the Castelo Branco corps, Captain Fagner and Lieutenant Liliana. We spent a few moments sharing with each other and giving words of affirmation and thanksgiving. Then they shared some words with us. It was so encouraging to spend the week with a set of officers who are so in tune with the Spirit and were able to speak into our lives as well.

Prayer Requests
· The coming weeks for our team: that we would be reminded of what we are doing; who we are doing it for
· All transitioning officers
· The youth ministry of the Castelo Branco Corps
· For Castelo Branco to find a new building that will fit their needs
· For an over abundance of donations for the food pantries around Castelo Branco 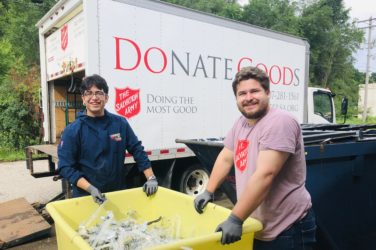 We arrived in Rochester on Sunday night with enough time to rest up for ...