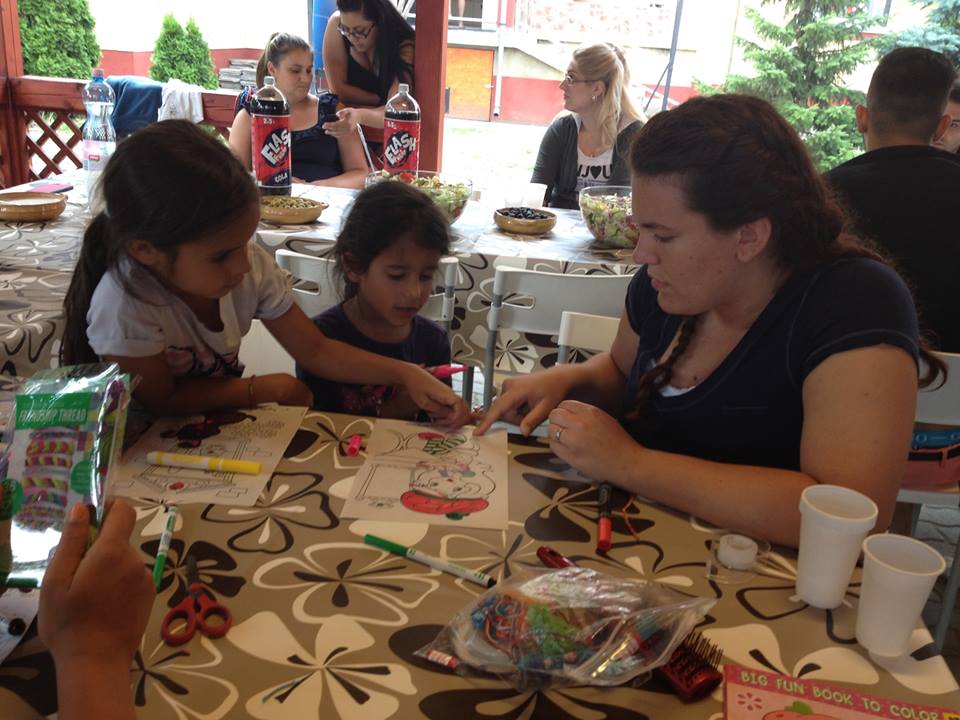 Szia (Hello),
This week in Hungary was extremely busy for our team. Before we even left Miskolc, we attended a concert of The

Hungarian Salvation Army band consisting of the different corps coming together as one. In between the songs the Captain of the Miskolc corps would read Bible passages and preach to those who stopped to listen to the music and during the songs he and his wife would hand out flyers to those passing by or had questions about The Salvation Army. We helped with this and took time to talk with some of the kids that attended camp that week who were at the concert. Later that evening we traveled to our next location, Debrecen. Once we arrived there we rested and the next day was worship at the Debrecen corps. That afternoon we headed back to Budapest for the farewell of the Regional Commanders Andrew and Darlene Morgan who are being transferred back to Canada. While we were there we met the Commissioners of the Switzerland, Austria and Hungary Territory and got to chat with them about what we’ve done so far in Hungary plus how much we have been enjoying or time here. The service was amazing to worship together with different nationalities as one body of Christ and to recognize the work that the Morgan’s had done. We were reminded in the service that it doesn’t matter who planted the seed of Christ in the people that God has led us to minister to but that it all comes from God and that is what matters!

Back in Debrecen we spent the week with the children. We spent our time telling them about Jesus and creating relationships showing love to the kids. The teens in Debrecen were amazing, helping us as volunteers for the week and asking us about our testimonies. It was nice to have this opportunity for each of the team members to talk with the teens about where they have been in their lives, how they were saved and how God is now working in their lives. Plus we got to hear what they are going through and to encourage them that God is right there next to them helping them along the way. It was also great to see that one small act of kindness from one of the teammates could change the demeanor of a child. We met this boy named Adi was having a rough time with some of the other boys, wanted to fight them at times, we found out later that he comes from a broken home. One of the teammates decided to show love to Adi and gave him his sweater. The next day Adi had a change in his attitude, he felt loved and connected with that teammate and started to get along with others. He smiled the rest of the week and called that teammate his Barát (friend). Another day we got witness the Holy Spirit move in the children during an alter call, to renew or begin their relationship with God. On one day during our time in Debrecen, we traveled to a Roma village to meet in the backyard of one of the families there. We held a small worship service where one of the team members gave their testimony about her struggles in life but how God has been faithful to those who call on his name and how that has led her to be able to minister to those who have the same struggles to let them know God will do the same for them. It’s amazing to see that people go through the same things in life even in different countries and how God is in it all showing His grace, mercy, and love. We ended our time in Debrecen with Sunday worship and the kids sharing the songs to their parents that they learned during the week and an alter call for the congregation where half of them went up. God is good and is working in the lives of all of us.
Szia (bye),
Team Hungary 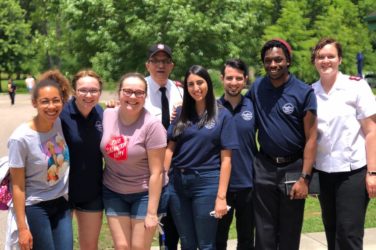 A Letter from the Field: Midland Music Camp A few hours after the final ... 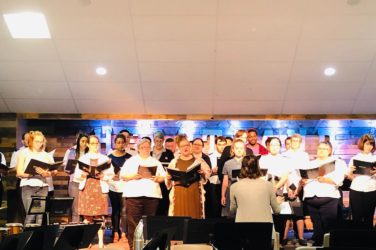 A Letter from the Field: Heartland music camp edition After our time of rehearsal ...