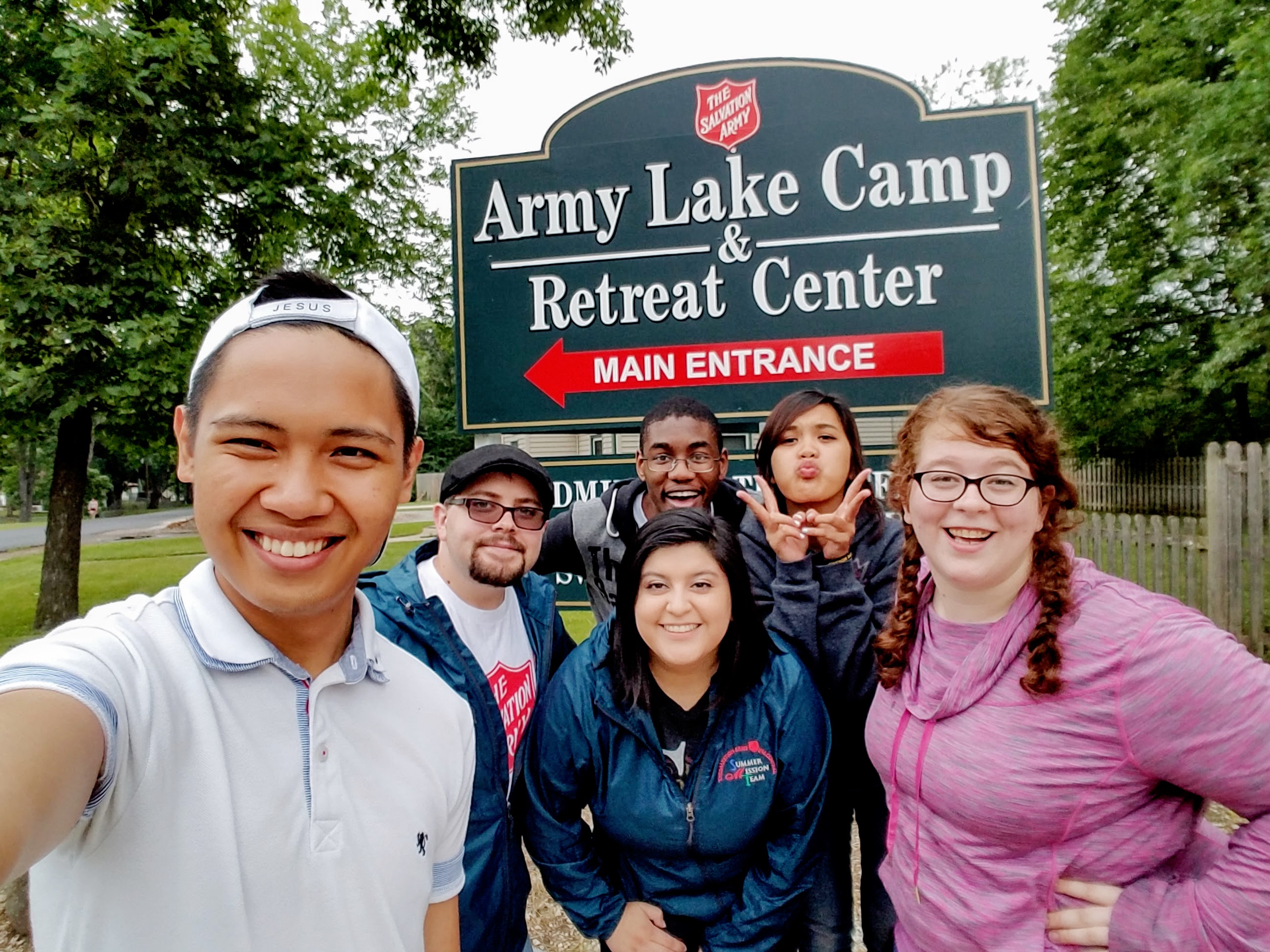 6/22-23- The last two weeks were quite a ride for the Creative Arts Service Team. After finishing up our rehearsal period, our first stop was at WUM’s Divisional Music Camp at Army Lake Camp in East Troy, Wisconsin. CAST was able to participate in their Wednesday evening program, and present several pieces for the show “The Kingdom of God Is…” The kids of the camp were very receptive towards us and thanked us for sharing the Gospel in such a powerful way. The next morning CAST sat in on their Dance and Drama electives. We wish we could have stayed longer.

6/24- On Friday, we traveled to Minneapolis Temple Corps to participate in the corps’ Day Camp. We spent the majority of the day leading bible lessons, teaching crafts and playing recreational games. We also taught the kids a dance from our show, which they absolutely loved; it was so amazing seeing kids worship God through dance. We had a wonderful and refreshing afternoon playing water balloon games at the park with everyone. That was a very fun day! If only we could have stayed longer.

6/24 – 7/2- Friday evening, we arrived to Northwoods Camp (Finlayson, MN) for the Northern Divisional Music Camp. We, along side Joe Caddy, were the special guest of the week and formed part of the Music Camp Faculty. We were busy teaching music theory and electives such as; dance (Mikal/Ed/Sandy), drama (Jacob/Brianna) and timbrels/ribbons (Keziah). Sandy led the Spruce Chorus with Ed as the piano accompanist and Keziah as the manager; Brianna was the manager for the Cypress Chorus; Mikal was the assistant leader in the Northwoods Chorus; and Jacob was a helper for the ‘mighty’ Oak Band. We were also able to form part of the Faculty band/chorus. It was so great to fellowship with the faculty and staff of the Northern Division.

Our host this week was the Northern Divisional Music Director, José Sanchez. CAST found him to be inspiring- he spreads God’s love through music and he is passionate about helping others grow in their musical gifts. CAST performed “The Kingdom of God Is…” during the evening program on Tuesday night. The finale of the show was a big hit that we repeated the dance number with José. He became part of the team and it was great to have him join us for daily team meetings.

Later in the week, we did a second show during the evening program. This time, we worked alongside the Northwood’s camp staff to do “Jesus Theatre: Balloons” and it went quite well. After the show was over, we were able to join the campers and pray with them as several decided to follow Jesus. The entire purpose of the week was to help the campers understand the music has the power to transform and shine bright. I believe that we achieved it!

This week we got to see God’s might hand at work, through the lives of everyone we met. We taught the campers about music and God’s power and they taught us how to always shine our light for Jesus, no matter the circumstance! It was hard for us to leave Saturday afternoon. We left part of our hearts at Northwoods. The moments we shared with the campers and staff will always be remembered.

We would really appreciate prayers for the Music Departments in the territory. Please keep us in your prayers, especially for good health.

Up next- we will be leading VBS in the Bahamas, along with SMT- Central Team. 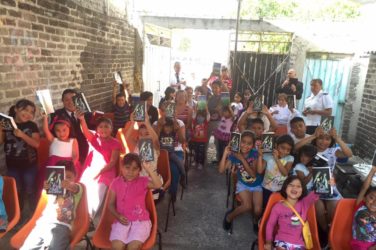 Our time in Chimalhuacan was more of a blessing than we could have asked ...

After our return from The Bahamas, Central team headed to Missouri to join the ...