One of the greatest joys when I served on a missions team, came from a corps officer during an open air ministry. There was a particular town that was hit by a tornado and was still recovering years later. During his alter call and while in uniform, he got down on his knees on dirt ground, and began to pray with the people. I couldn’t understand what he was saying in his prayers but I could feel God’s presence in him. His humbleness in meeting people where they were, inspired me to one day incarnate that type of ministry; a day that I am now pursuing. Sometimes I forget that I serve God’s people and unconsciously separate myself from them as if I’m better. But then I’m reminded of that officer and hear God saying “humble yourself and serve my people.”

This is my SMT Story – Joe Caddy 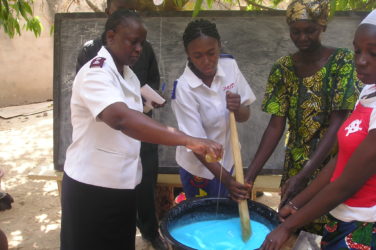 Operation World has selected one of our Partners in Mission, Mali, as their focus ...