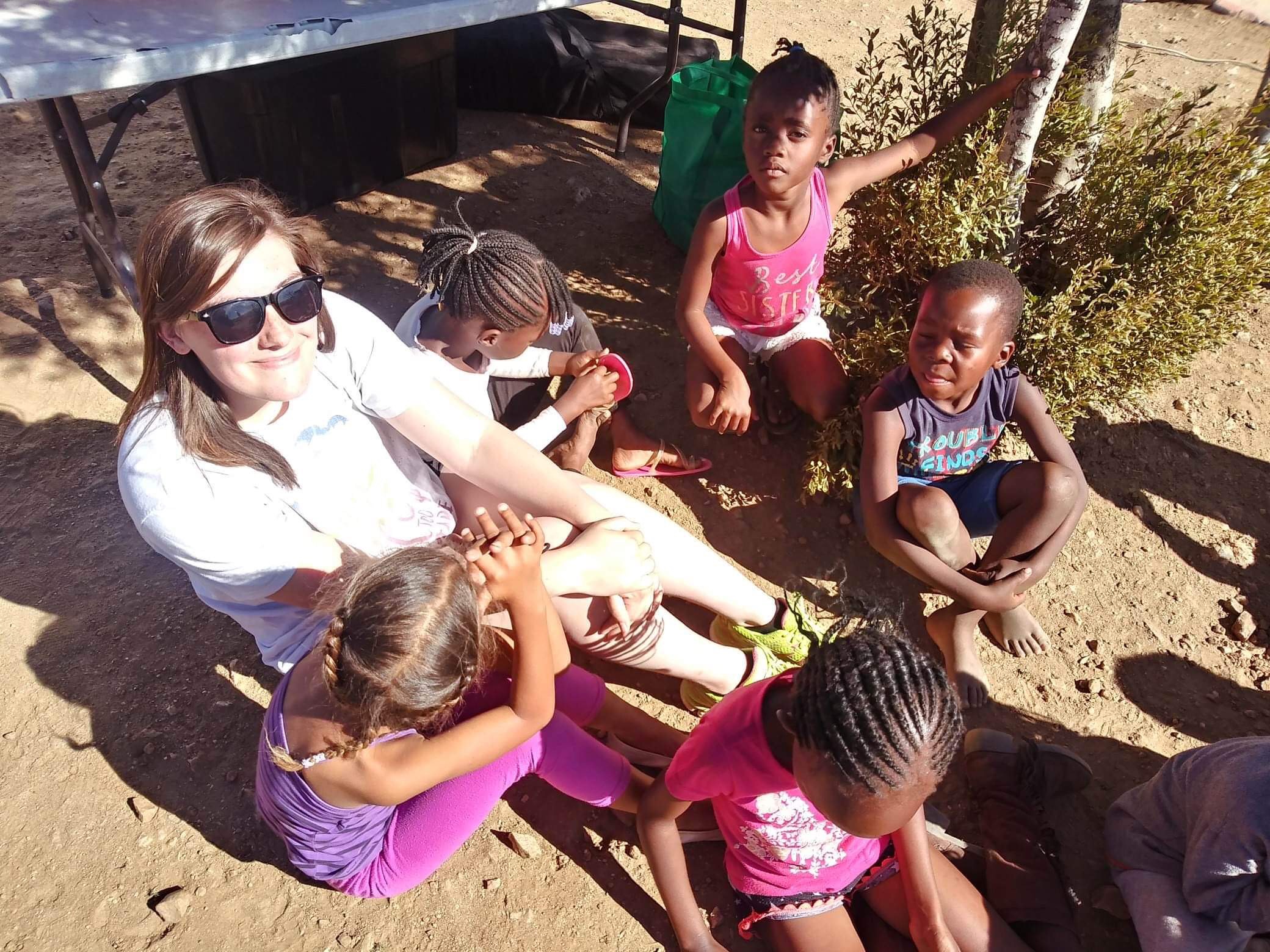 Hello for the last time from Namibia! I forgot to mention that we are being hosted by the Zolas here in Namibia, and they have been absolutely fantastic and welcoming. We started it off by leaving at 6:30 in the morning on Monday, and ended it by coming home from a Youth Councils on Sunday.
On Monday we left early so we could talk at assemblies at two local schools. Greg, Allie, Yeong-Haw, Captain Rob Wright and Captain Ed Zola went to the high school, while Jess, Trevor, Noah, Vukani Nkosi, Captain Lynn Zola, and I went to the primary school. We performed a skit that we wote about the importance of studying, and Captain Lynn spoke very effectively. We headed back to the house, and that afternoon we made about 150 sandwiches for kid’s club. The following two days we made 210 sandwiches and then 250! So, you could say that kid’s club was a success. Greg lead the Bible stories, Trevor, Jessica, and Allie lead some songs, Yeong-Haw took pictures and lead games, and Noah and I led them in learning the dance.
Thursday we didn’t have anything specifically planned, but it was a day for the whole team to prepare anything we needed for Y-Connexions (youth councils) that weekend. We finished up some specific programming details, made posters and decorations, and just did general preparation. We ended up making a big banner later at night, so we all got a bit silly while finishing it up.
Friday we left for the camp, and arrived at about 11:30 in the morning. We got the chance to set up anything and everything we needed to, and we got settled in our cabins. After the campers arrived we had our first general welcoming meeting with lots of games and icebreakers. We ate dinner, and headed in to our first session. Vukani gave a message on reviving our breath, and then we had s’mores by the fire. A lot of the campers hadn’t had a s’more before, and they were a big hit.
Saturday we started the day with some sealed orders, after breakfast. This was a good time to get to know about what some of the campers’ spiritual lives were like. We then headed in to our next big session where Jess gave her testimony, and Noah gave the message on Reclaiming our identity. After breaking for tea, we had a scavenger hunt in small groups, and Trevor gave a devotional, which then led into lunch. After lunch, Allie and Greg lead workshops on praise and worship, and spiritual gifts/planning your future. We then had some free time where we pampered the campers (and some leaders) with face masks, foot soaks, manicures, hairstyling, and t-shirt making. Both boys and girls enjoyed this time. Jess and I taught some of them a dance, while the others played soccer or swam. We ate some dinner then headed into our last session of the day where Greg gave the message on Restoring our Foundation. We had another fire with s’mores after this.
On Sunday we started our time with sealed orders again. While we were reflecting on this, Allie set up some prayer stations, so they could have about an hour of guided praying. There were eight stations, and each of them were unique, and I think everybody benefited from this. We had a break for tea, and we went in to our final session for the weekend. Allie gave her testimony (it is also important to note that Allie led almost all of the praise and worship this weekend, so she really slayed it this weekend). Rob gave the message on renewing your purpose, and we had some reflection time on what had happened throughout the weekend. We had some lunch, cleared out our cabins, took down the decorations, and went home.
We said goodbye to a lot of good friends as they headed back home, and we will be sad to leave this beautiful country, but we can’t wait to see all of our friends back in the states. We ask that you pray for safe travels for us again as we head home on Wednesday. Goodbye, and we will be seeing you soon!
-Robin and the Southern Africa Team 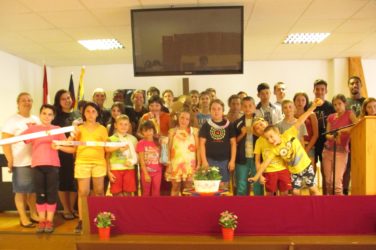 This week was our first week in the beautiful city of Budapest, where we ...

Hola, Buen Día! CAST has been busy once again. This week, we were in ... 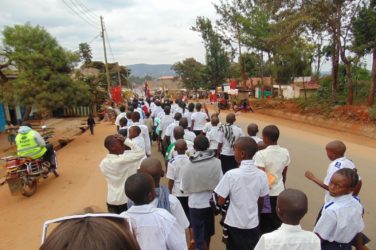 It’s week 4 and 5 for the Kenya Team and we suddenly cannot stop ...