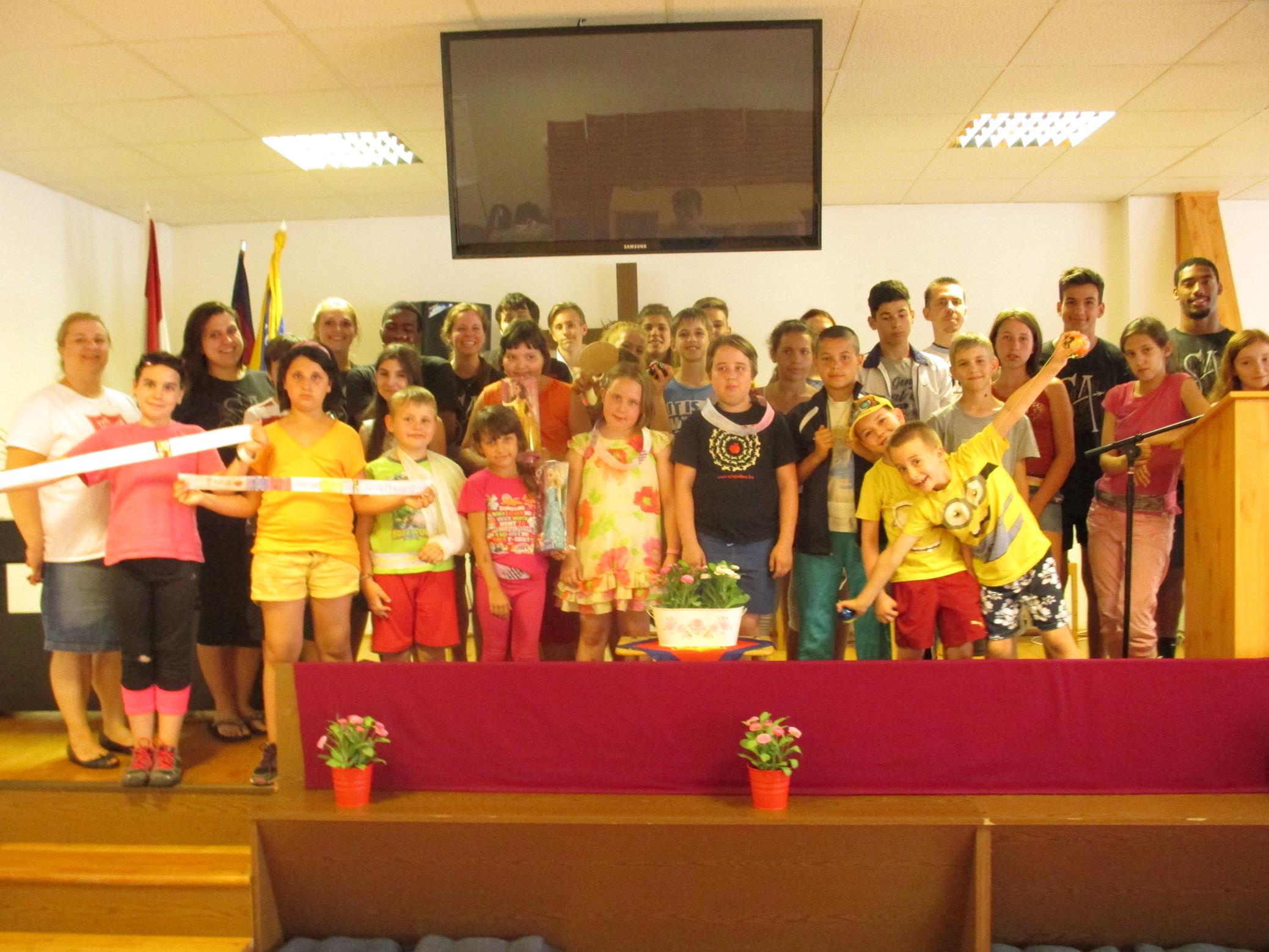 This week was our first week in the beautiful city of Budapest, where we were able to conduct a VBS at the Rakoscaba corps. This was very different from our first two weeks!

Each day we focused on a piece of the armor of God and had a corresponding craft. The kids really enjoyed the games that went along with the armor of the day. We were able to tie each game back to the Bible lesson, re-focusing the attention on why the games were important.

Overall it was a great week. One day, the kids (and the team) had a special treat. A drama teacher came in to teach the kids some acting exercises. Even though there was a language difference, we were all able to participate. We played games like “complete the picture”, where someone took a certain pose of their choosing and then their partner was to take another pose to fulfill the story or picture. We then did a group version of that game. There were some very funny pictures being made. What really stuck out though was what happened after the lesson. See one of the activities/exercises included writing a list of what we would fight for and then playing a game where we had to reach the other side to save those things on the list. The drama teacher said that she was surprised at how many groups wrote things like “family”, “God”, “the Bible”, “other people”, and other such things. This was her first real encounter with the Salvation Army. That was a great testimony of how the Salvation Army is working and how God is working in the hearts of the kids attending the programs offered at the corps. And what a great chance we had to simply share that with the drama instructor.

We were also able to spend some time at the officer’s house. It was a blessing to spend time with them and their family. A delicious Hungarian meal was cooked and we were able to go through old photos they had of past SMT groups, knowing that we were also making special memories with the family. We played games that were new to us, but learned some fun Hungarian words in the process! So if we come home yelling “Cheese” or “Snowman” in Hungarian, that’s why! But it was a wonderful night of building relationships and fellowship.

Next week we aren’t traveling far to our location. It’s on the other side of the city. But we will miss the kids and the corps here at Rakoscaba. The officers and their family (as well as some other members of the corps) made us feel at home.

The World Missions Department is pleased to announce the 2016 Summer Teams!  Is this ...

This week we were blessed with many events. On Wednesday we returned to Yokohama ... 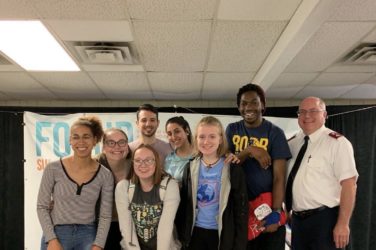